Habitat use for many species is directly affected by the type of soil and the vegetation that grows on that soil. The ABMI has created simplified soil layers using existing soil inventories to support analyses of species-habitat relationships in the prairie region of Alberta. 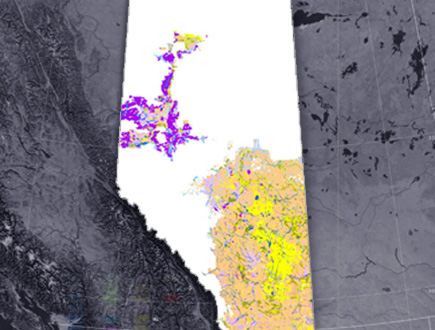 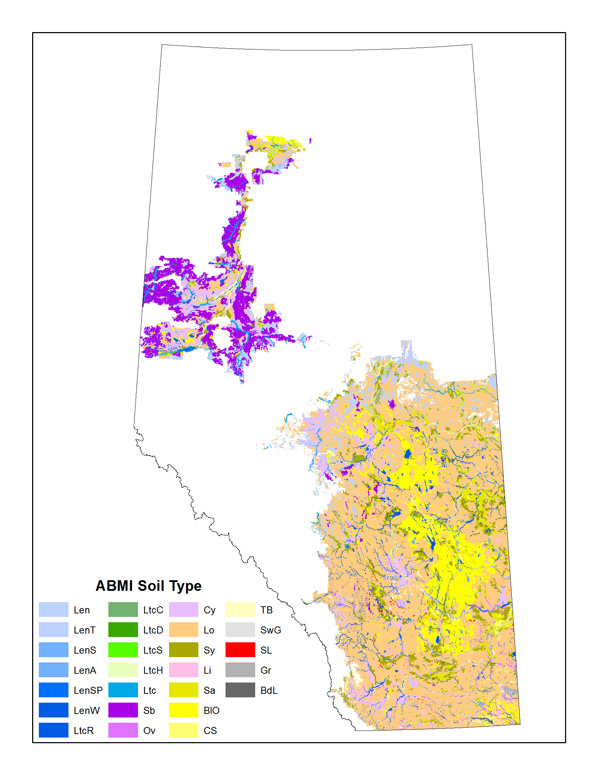 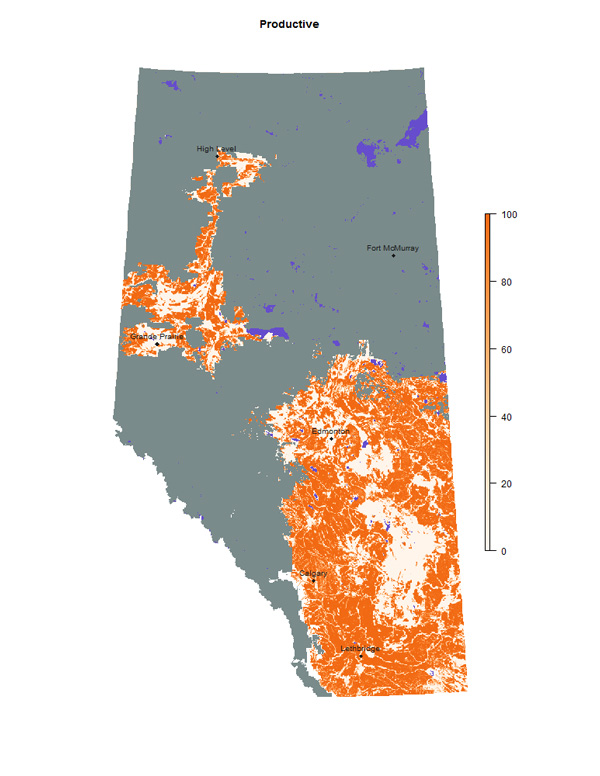 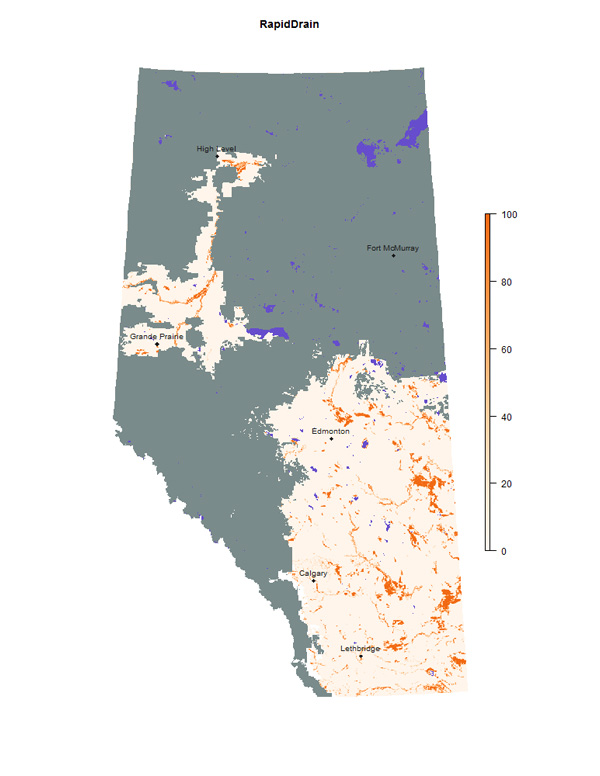 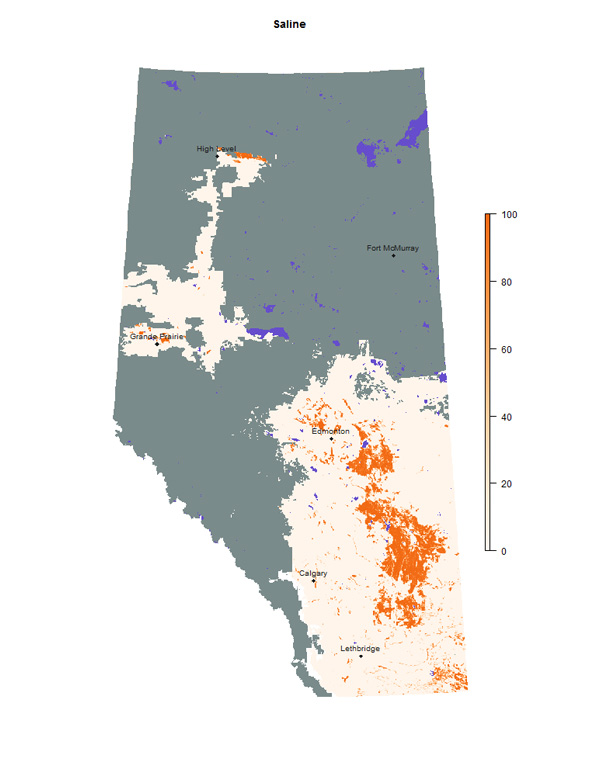 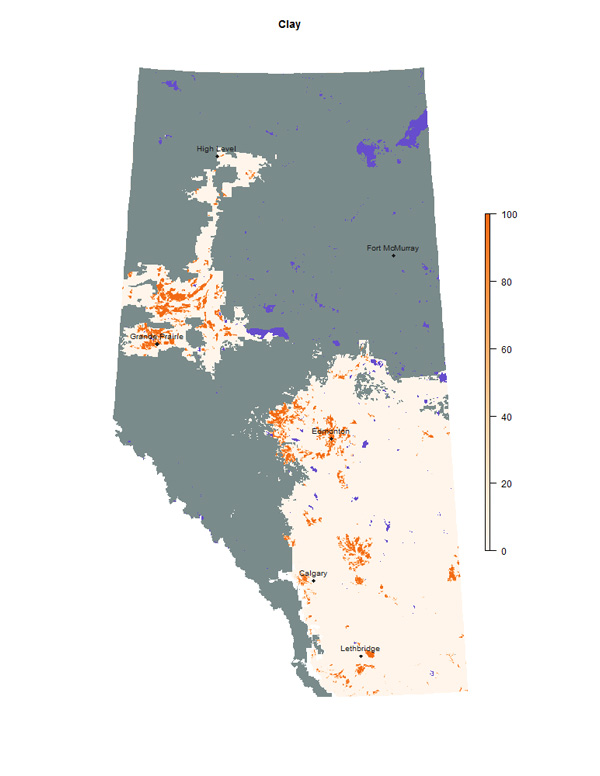 To enhance AGRASID for some counties in southern Alberta, the Government of Alberta created a soil polygon layer that has less detail, but higher spatial resolution (scale 1:50,000 for GOA higher resolution layer (unpublished information) versus 1:100,000 for AGRASID). The higher resolution information was interpreted based on remote sensed images with little or no ground truthing.

ABMI created a simplified GIS polygon layer to describe general soil characteristics throughout the Grassland, Parkland and Dry Mixedwood regions of Alberta. Based on soil name and soil correlation area from AGRASID, ABMI classified polygons to the 24 natural soil types used by GVI (see table in this document). The crosswalks used to convert AGRASID information to GVI soil type are described in Excel tables (Grassland, Parkland, Dry Mixedwood ). For the counties with higher resolution information, that information rather than ARGASID information, was used to create the ABMI soil layer.