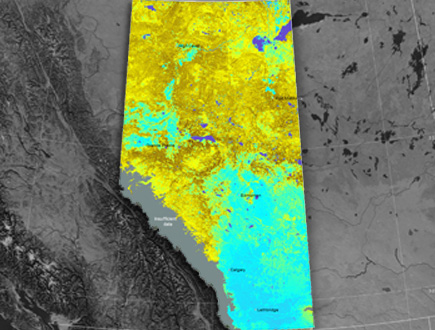 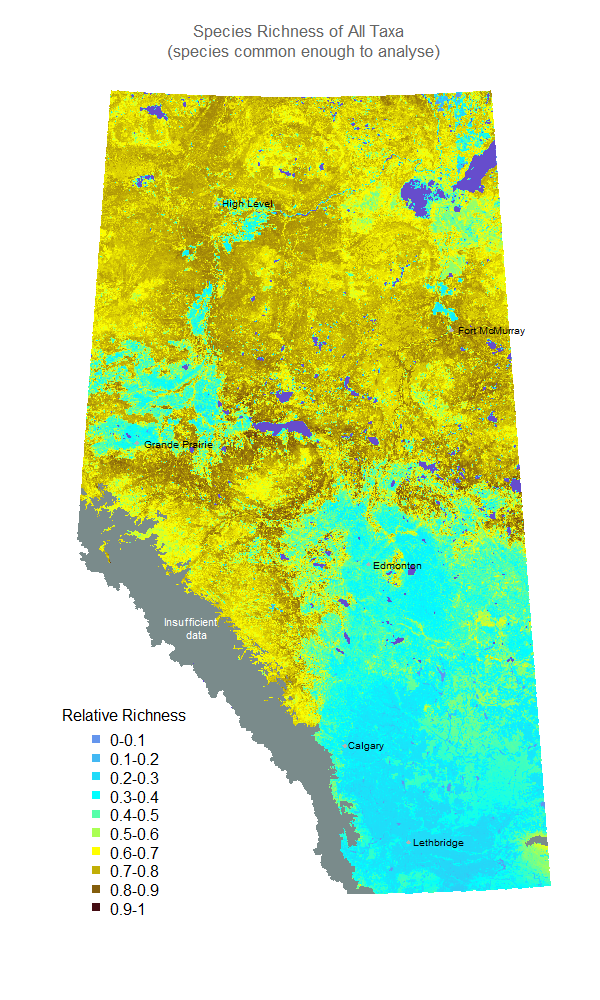 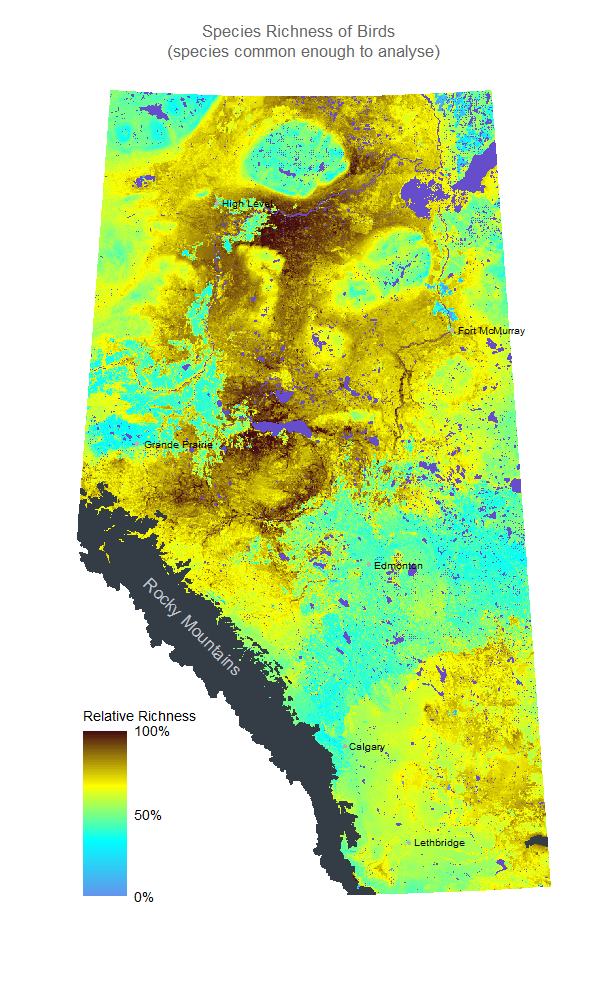 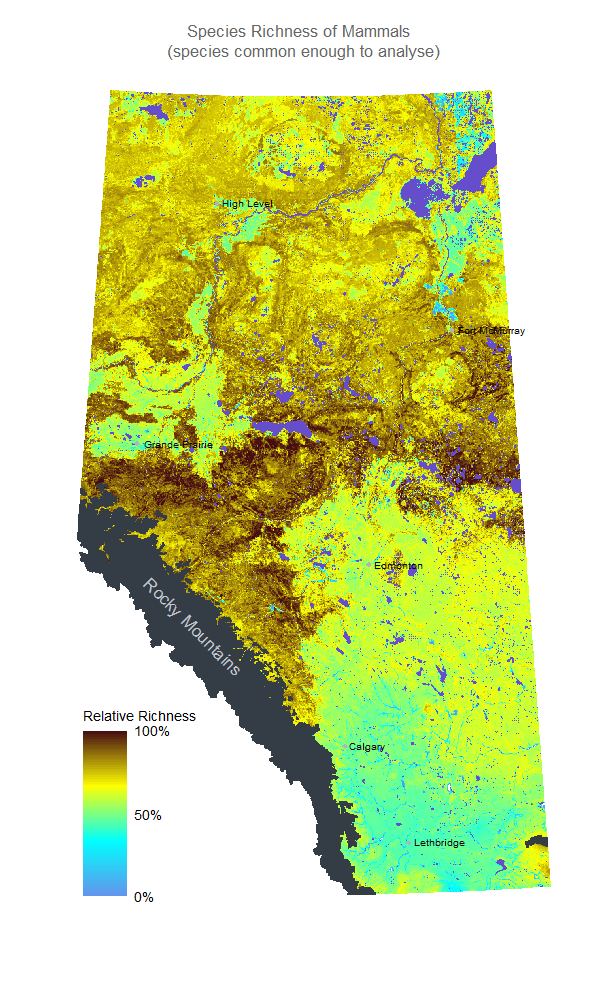 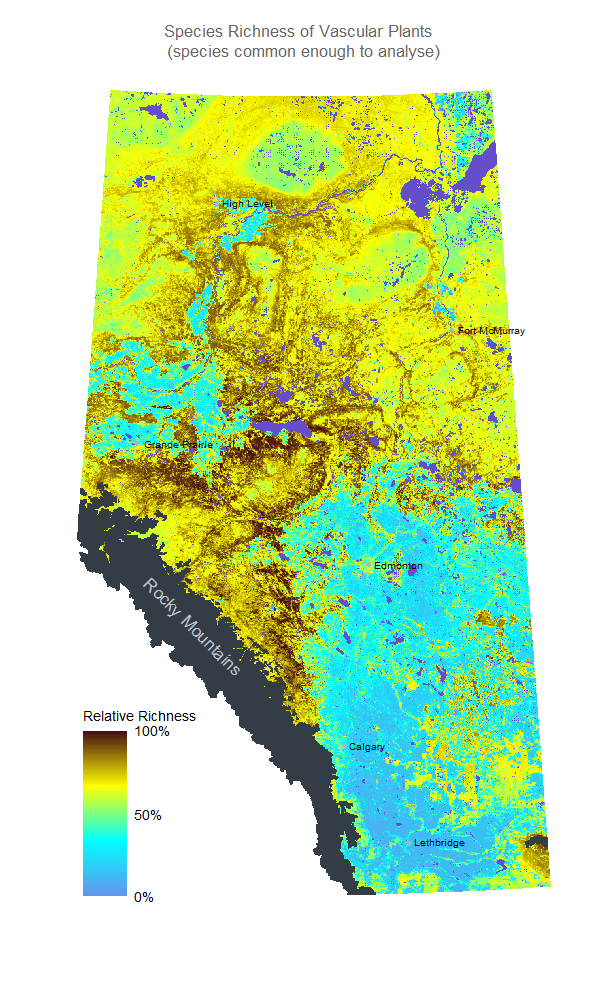 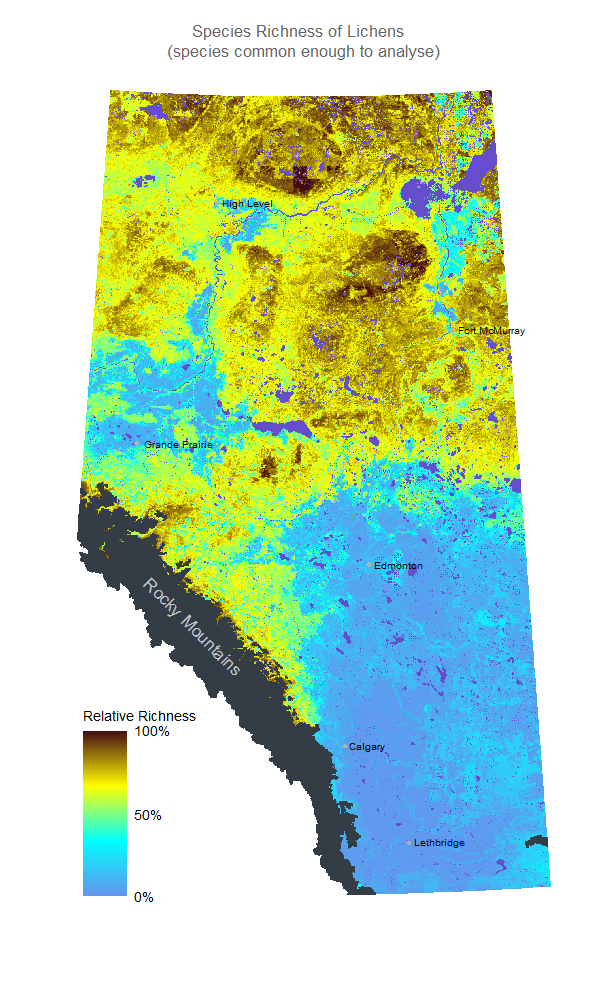 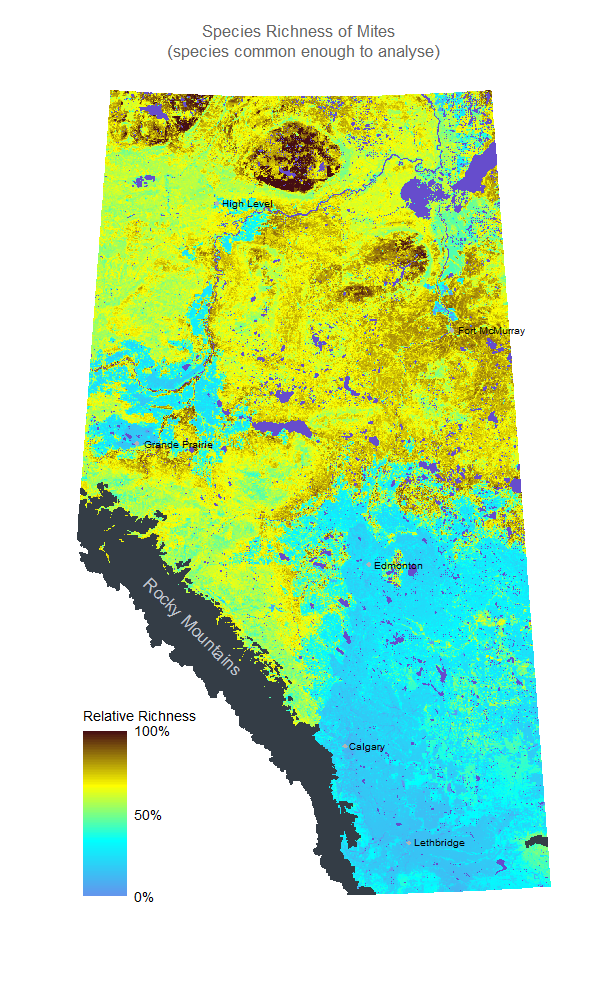 3.  Spatial irregularities in sampling intensity influence the index of richness. In regions with a higher intensity of ABMI surveys, more species will have reached the minimum number of detections required for modeling, and thus more species will have been included in the index of richness. Due to access challenges, ABMI sampling intensity has been relatively low in the Rocky Mountain natural region, and in northwestern Alberta. Thus, species that are most commonly found in these regions will be less likely to have been included in the index of richness and 1-km² grid cells in these regions may underestimate actual richness.