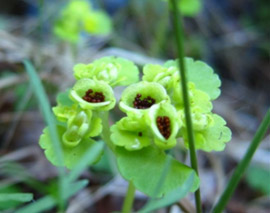 To understand the status and distribution of elusive plant species in the Lower Athabasca region of Alberta, the Rare Plants project, led by Dr. Scott Nielsen at the University of Alberta, has designed techniques for surveying these rare species. The project is using a modeling and adaptive sampling approach to map habitats where rare plants are most likely to be found, and that information is then used to prioritize sampling in those areas.

The ABMI’s core biodiversity monitoring program tracks changes in groups of common plants and animals in order to understand how their populations might change over time. As well as measuring trends in the biota, we also measure a variety of habitat characteristics and human footprint to assess how these measures change over time. By combining these monitoring techniques we can identify relationships among human land use, habitat, and species abundance.

This core biodiversity monitoring program isn’t, however, optimized for assessing changes in the populations of species that are rare or elusive – these species often aren’t fully captured by core monitoring efforts. The Rare Plants project was designed to fill this gap.

One of the challenges of monitoring rare species is that we often know very little about what types of habitat they prefer and their geographic distribution. The Rare Plants project is improving our understanding of rare plants’ status, habitat preferences, and geographic distribution in this part of the province. 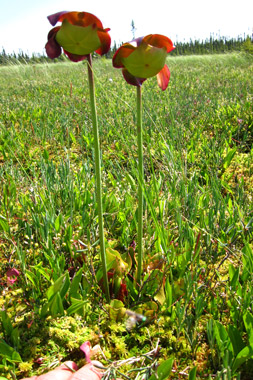 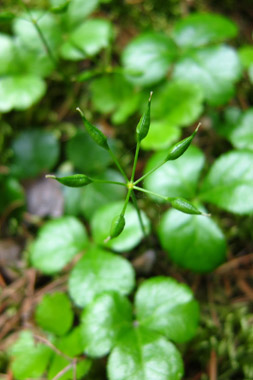 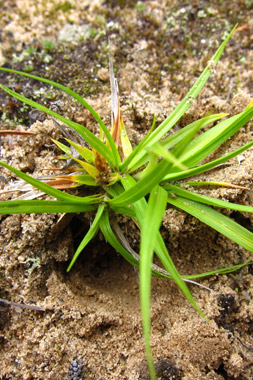 The project began by developing maps that rank the probability of finding one of a suite of representative or focal species at a site. Species were selected based on rarity (using NatureServe Canada’s classification system for plant species), regional importance and habitat type. From there, project researchers used historical detections of these focal species to query their preferred environments using several different landscape measures, including Ducks Unlimited Canada’s Enhanced Wetland Classification system, surficial geology, climate, and terrain-based indices. Based on these environmental measures, each plant’s suitable habitat and thus potential distribution was mapped across the Lower Athabasca region. Models for each of the initial target species were combined to create a single composite map highlighting the relative importance of different places for finding the target rare species.

The team uses these maps to select new sites to survey rare plants, using a standardized protocol with greater effort put towards sites predicted to have rare plant occurrences. At each site, a 0.25-hectare plot (equivalent in size to a sub-plot used within the ABMI monitoring network) is sampled to document the presence of all vascular plants, both common and rare, using a time-unlimited survey. As data are gathered from field monitoring sites, maps of rarity are adjusted to include this data and the process of selecting future sites for additional monitoring is adjusted and improved.

The project has a number of goals, including:

Rare plant species are often more sensitive to change in their environment than are more common plants because they have specialized ecological requirements. Using predictive maps of rarity hotspots to inform development can be an important aspect of effective land-use planning in northeastern Alberta to minimize or mitigate impact on rare species at a regional level. By building and refining maps of rare plant habitat preferences, this project is prioritizing places that are critical for the survival of rare plant species.

The project was originally conceived and initiated through the Ecological Monitoring Committee for the Lower Athabasca (EMCLA). The EMCLA, a consortium of oil sands companies, government ministries and agencies coordinated by the ABMI, was established in 2010 with the goal of designing cost-efficient protocols to monitor rare and elusive plant species in the Lower Athabasca region of northeastern Alberta.

Read more about the history of the EMCLA and the Rare Plants project here.

Nielsen Lab at the University of Alberta

Where the Wild Orchid Grows