Led by Alberta Environment and Parks and the Grande Cache Trails Working Group, to collect information on recreational use and wildlife across public lands and in the Willmore Wilderness Park. 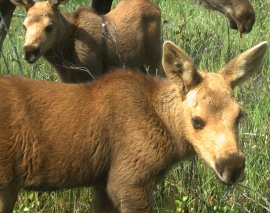 Led by Alberta Environment and Parks and delivered collaboratively with Alberta Biodiversity Monitoring Institute and the locally-established Grande Cache Trails Working Group, this collaborative project is assessing recreational use, including values and needs, as well as the effects of recreation on wildlife across public lands and in the Willmore Wilderness Park.

Grande Cache is a small hamlet in the northern part of the Rocky Mountains, with a variety of recreational opportunities including hiking, trail running, horseback riding, mountain biking, camping, watersports, and off-highway vehicle use. Many residents and visitors explore the more than 21 mountain peaks in the area, as well as adventure along the rivers.

The Willmore Wilderness Park is approximately 4500 square kilometers of untamed wilderness in west-Central Alberta near the town of Grande Cache. It supports multiple back-country uses including horseback riding, backpacking, fishing, and hunting. It is also home to vast numbers of wildlife who rely on the habitat provided by the Park, and outside the Park.

Recreational use, and associated pressures, have been increasing across the area, both on public lands and within the Park, resulting in growing interest from local users to ensure sustainable and informed management of the landscape for both recreational and environmental goals.

The team is deploying remote cameras throughout public lands around Grande Cache and in the Willmore to capture information on recreational use and potential wildlife response. Deployment began during the spring of 2021 and will run for multiple years.

The information collected will be used to help provide input into evidence-based management planning, in collaboration with local recreational users and groups.