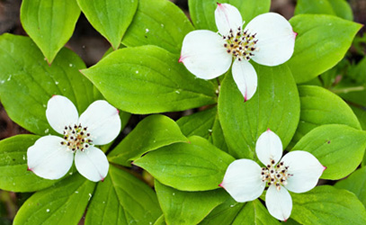 A summary of our methods for our statistical models and predictive maps.

We use a set of statistical models to relate the relative abundance of each species measured at ABMI sites to three sets of variables: vegetation types, human footprint, and geographic location. The analyses are done separately for three regions: boreal (including Canadian shield), foothills, and the south (parkland + grassland).

The analysis is conducted in a ‘model selection framework’, which means that the models for each species are only as complex as the data for that species support. For example, the models for a rarer species with few records may not be able to separate different age classes or even broad stand types. All age classes or several stand types will therefore all have the same average value in the vegetation figures. This does not mean that there are truly no differences between these types for that species. It just means that we do not yet have enough data to estimate abundances in all those individual vegetation types.

This modeling requires moderate sample sizes, so we can only do the analyses for species that have at least 20 records in a natural region. The ABMI has some information on many other rarer species. We can provide simpler summaries of our records for these species.

The bird modelling differs from that for other taxa in some respects because the data set is more extensive (see Collaborations). The combined data set needed to be standardized due to differences in survey protocols among constituent data sets. Algorithms to deal with different protocols in bird surveys and methods for estimating predictive uncertainty were developed in collaboration with the Boreal Avian Modelling Project (BAM) team (Sólymos et al. 2013). BAM also provided data management help for organizing bird point count data. The minimum number of detections required for model building for birds was 25.

The bioclimatic variables used in the modeling were calculated at a 4-km resolution using monthly climate normals for temperature and precipitation averaged over 1961–1990. The monthly climate normals are based on instrument-measured climate data that were interpolated by PRISM (Daly et al., 2002) and WorldClim (Hijmans et al., 2005). The western North American portion of these data are described by Wang et al. (2011).

There are two main limitations to ABMI species maps:

Remember also that the reference maps only show the effects of statistically removing the effects of human footprint. They do not show how the species would have been distributed under ‘pristine’, ‘natural’ or ‘pre-historic’ conditions.