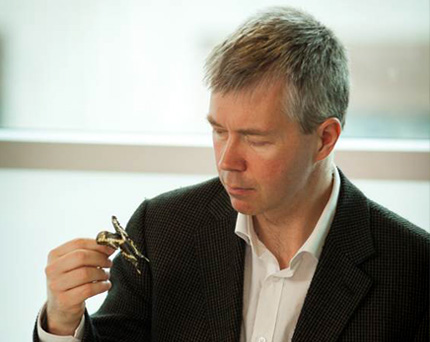 Jeremy Kerr is an ecologist and conservation biologist with a passion for bringing his research into the public arena to help engage with society and policymakers. Kerr’s PhD at York University (was awarded the 1999 Governor General’s Gold Medal, and it included publications in Nature, Conservation Biology, and Global Ecology and Biogeography). Kerr discovered the extent to which climate and land uses limit many Canadian species, and showed that species respond predictably to climate and land use changes. His PhD work launched an NSERC postdoc at Oxford with Lord Robert May (UK chief scientific advisor and President of the Royal Society) and Sir Richard Southwood. His postdoctoral, and then uOttawa, research expanded rapidly beyond macroecological and conservation biological foundations, leading to recognition that modern, human-caused climate change is effectively a global experiment on validity of core ecological theories (published in Science, Proceedings of the National Academy of Sciences, Conservation Biology, etc.). Kerr showed that species across Canada are shifting toward northern wilderness areas and tracking rapid climate changes. This helped make the case for wilderness conservation in Canada and he has supported public outreach, media and policy efforts behind significant governmental commitments to conserve large wilderness areas in the northern boreal.

Since arriving at uOttawa, Kerr pioneered the first Canada-wide analyses of the factors that cause species to become endangered, discoveries that assist in establishing regional priorities for improving endangered species recovery. Species at risk are concentrated in agricultural regions in populated areas, making these areas the first frontier for conservation. Kerr’s contributions have extended to assisting with development of scientific consensus statements to improve endangered species legislation in Ontario and to protect existing legislation federally. These efforts, among many others, helped get Ontario’s new endangered species legislation passed, perhaps the strongest legislation in North America. Kerr has worked hard to communicate discoveries emerging from his research program in a way that resonates with Canadians and policy makers. This extends to participating as a speaker at the Stand Up For Science rally on Parliament Hill, a quite different form of communication. Kerr is the Vice President of the Canadian Society for Ecology and Evolution and its President-elect, and has been elected as a Visiting Senior Research Fellow at Oxford.

While leading research and public engagement efforts, Kerr won the Young Researcher of the Year award at uOttawa and the Ontario Early Researcher Award, he was selected for the Global Young Academy of scientists and scholars, joined the NSERC Evaluation Group for his field, given numerous plenary and invited talks at meetings from Oxford to Australia. Kerr's research program has been central to the development of continental citizen science initiatives (e-butterfly.org and BumblebeeWatch.org) and has served as a biodiversity advisor to Canada’s Commissioner of the Environment and Sustainability.