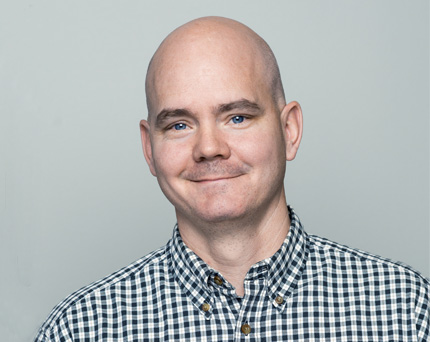 “I have an enormous respect for the people that work in the ABMI. They are passionate and committed to bringing good science to the challenging business of natural resource management in Alberta”.

Jim Herbers has been actively sharing the story and the science of biodiversity in Alberta through his work at the Alberta Biodiversity Monitoring Institute (ABMI) since 2004. Jim has presented at more than 200 venues and has contributed to numerous peer-reviewed and other scientific publications.

Jim has an extensive background in research, planning and ecology, which he gained through projects in wildlife research and management and as a consultant with British Columbia’s forest industry and provincial government, focusing largely on research to support coarse and fine-filter strategies for maintaining biological diversity. Jim also holds a M.Sc. from the Department of Forest Sciences, University of British Columbia and a B.Sc., from the Department of Zoology at the University of Alberta.

When not building awareness on biodiversity science, Jim likes to spend time with his family exploring Canada’s wilderness.