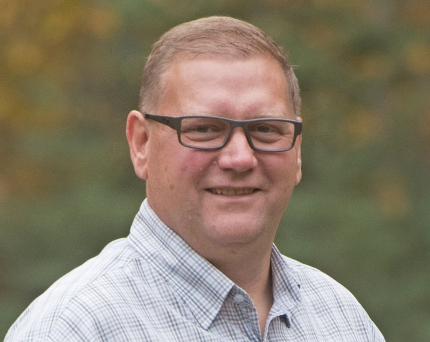 Richard Briand was born and raised in northern Alberta. His family moved from the small town of Falher to Whitecourt in 1980. Richard lived in Whitecourt until he completed high school in 1987 and left to attend the University of Alberta.

He earned a Bachelor of Science in Forestry in 1991. After graduation, Richard began his forestry career working for Silvacom Ltd., a consulting firm based in Edmonton.  After 9 ½ years he moved to Slave Lake to take a position with West Fraser Mills.  Richard advanced through a variety of roles with West Fraser in Slave Lake and Hinton. He has worked in planning, operational and management roles. The majority of his career has been in the field of strategic, long-term forestry planning. Richard is a Registered Professional Forester and is the Chief Forester for West Fraser’s Alberta operations.