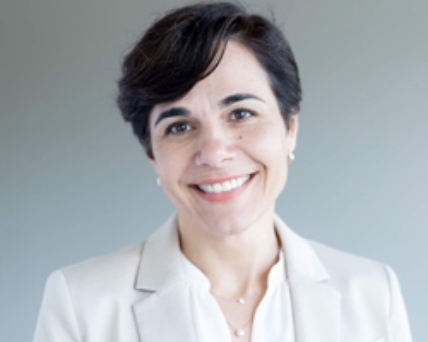 Matina Kalcounis-Rueppell is an internationally recognized scientist whose research centers on the biology of acoustic communication in bats and mice, two biodiverse groups of mammals that communicate using ultrasound. Using innovative and integrative approaches in the field, she characterizes the communication behaviors of wild bats and mice at multiple scales and determines how ecological, physiological, and anthropogenic effects mediate those behaviors under natural contexts.

She is also recognized for being a leading thinker in science pedagogy, with a commitment to providing authentic and inclusive research experiences in the classroom, laboratory, and field. Her expertise is reflected in her track-record in funding and knowledge translation. She has been funded by the National Science Foundation and the National Institutes of Health as well as other government agencies, non-governmental organizations, and industry for basic and applied aspects of her research.

Through her outreach and engagement program, Bats and Mice in Your Backyard, she communicates the critical roles that both bats and mice have in ecosystems directly in the communities where she does her field research. Her research and expertise on animals have also been featured in popular press, public radio and television, and children’s literature.

She received B.Sc.Hons (1993) and M.Sc (1996) degrees in Biology from the University of Regina, a Ph.D. in Zoology from Western University (2001; University of Western Ontario). She subsequently held an NSERC post-doctoral fellowship at the Museum of Vertebrate Zoology at the University of California at Berkeley. She joined the Biology Department at the University of North Carolina at Greensboro in 2003 where she spent 16 years, rose through the ranks to Professor, and held positions as Director of Graduate Studies for 6 years and Department Head for 3 years. She has also been the leader of two scientific societies, the Southeastern Bat Diversity Network and the North American Society for Bat Research.